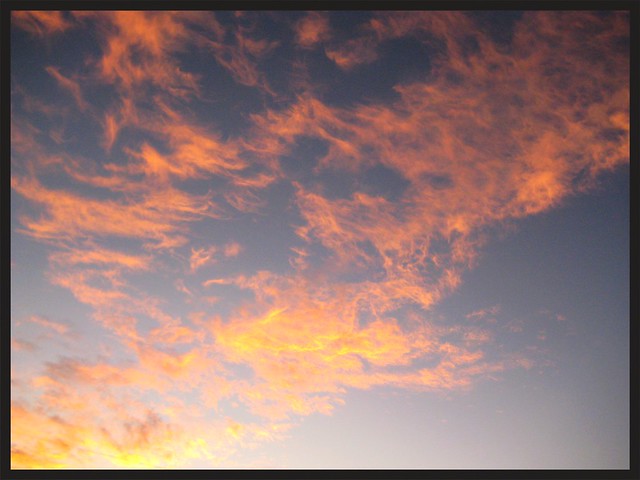 Your imagination is your preview of life’s coming attractions. ~ Albert Einstein

When God created Adam and Eve, they happily ran naked through the garden with a contentment and pleasure which can now only be achieved through a Hollywood special effects department … He created them in His image…complete with the ability to see, hear, touch, taste, smell, a capacity to love and imagine.

I find it interesting that the very first thing Satan went after was Eve’s imagination. When Eve told the serpent they could eat of any tree but one, he quickly pounced on the opening. He didn’t hit her with hatred, greed lust, envy, etc. No, no, no…she was running through a spectacular garden, created by God, with the man of her dreams eating papaya and sipping mango nectar! Not much to be tempted with there. Nope…He struck, with precision, at her imagination. Can’t you just hear him now? “Oh pfft! DIE?!?! How ridiculous! You aren’t gonna die! God is just afraid when you eat THAT fruit you’ll be just like him! You’ll know all about good and evil just like He does but you aren’t gonna die!” So…Eve took another look and imagined… “Hmmm…it DOES look good for food, it’s really pretty to look at and I DO want to be as wise as God!” Her imagination went unchecked, took over and before she knew it she was naked and embarrassed. Poof. Innocence gone.

Imagination, in and of itself, is not a bad thing and yet… From Eve on through the generations, we have spent much effort tamping down the gift of imagination instead of developing it in Godly reverence. Without imagination, there would be no art or music. We’d have no cars, electricity or refrigeration. Medicine would not be a field of advancement and technology would not exist. Without imagination we’d still be plowing and harvesting the fields, by hand, since there would be no tractors. Missionary ventures would not exist neither would organizations that provide aide to the poor or handicapped. There would be no wheelchairs. The list goes on…you can use your imagination to finish it up.

The value of imagination seems to get stripped out early in life…When a child is scared by the monster under his bed he’s told….Oh that’s just your imagination. How many times has a daydreaming genius been admonished to “stop daydreaming and get back to reality”?

The problem is not that we have an imagination, it’s how we develop it.

G.K. Chesterton said…
“… “the function of imagination is not to make strange things settled, so much as to make settled things strange; not so much to make wonders facts as to make facts wonders.”

The key is honoring God in our imaginations.

Romans 1:21(ESV) For although they knew God, they did not honor him as God or give thanks to him, but they became futile in their thinking, and their foolish hearts were darkened.

The dictionary defines imagination as…the ability to imagine things that are not real : the ability to form a picture in your mind of something that you have not seen or experienced

The faith of a Believer relies on imagination tethered to Divine principles. When Jesus saw Peter and Andrew by the Sea of Galilee and said, “…Come after Me and be My disciples, and I will make you to become fishers of men.” I’m pretty sure their imaginations went into overdrive. Jesus exercised His imagination in the parables that have been outlined in the Scriptures for our benefit.

Without imagination, how can we possibly grasp the many truths in the Scriptures? We are to use our Godly imagination to meditate and imagine what God tells us is true.

Joshua 1:8(AMP) This Book of the Law shall not depart out of your mouth, but you shall meditate on it day and night, that you may observe and do according to all that is written in it. For then you shall make your way prosperous, and then you shall deal wisely and have good success.

Psalms 1:2(ESV) but his delight is in the law of the Lord, and on his law he meditates day and night.

We NEED our imagination to even remotely relate to how glorious Heaven will be.

Revelation 21:18-19(AMP) The wall was built of jasper, while the city [itself was of] pure gold, clear and transparent like glass.The foundation [stones] of the wall of the city were ornamented with all of the precious stones. The first foundation [stone] was jasper, the second sapphire, the third chalcedony (or white agate), the fourth emerald,

Revelation 21:21(AMP) And the twelve gates were twelve pearls, each separate gate being built of one solid pearl. And the main street (the broadway) of the city was of gold as pure and translucent as glass.

Faith is imagination and without it we have no hope.

Hebrews 11:1(AMP) Now faith is the assurance (the confirmation, [the title deed) of the things [we] hope for, being the proof of things [we] do not see and the conviction of their reality [faith perceiving as real fact what is not revealed to the senses].

Remember…keep your imagination sanctified and Holy in His righteousness and all will be right as rain.